There’s a dispute about wearing fancy dress for tonight’s hash. The GM thinks we should:

There is something terrifying in the air (and I’m not talking about the prospect of me being GM for the next 12 months).  This coming Monday is Halloween.  The living dead is laying a trail (thanks Crabbo). For the rest of you, don your best halloween outfits and try to scare the children.

Crabbo, who is setting the trail, thinks we shouldn’t:

I shall have none of this superstitious, zombie pumpkin, dressing-up nonsense on my trail – just normal Hash gear please . . .
It is recommended that you have money for the purchase of refreshment on trail.

So one week in and the new GM has already had his authority questioned.
IF you do wear fancy dress there MAY be BEER on offer. According to FOBGM:

Less than a week in, and I’ve already received threatening emails from our local:
“I’m emailing to ask about whether it would be possible to organise a Halloween fancy dress run for the hash for the coming Monday? (It is a bit short notice but I only thought of it yesterday.) I was thinking that the best dressed will get a free pint and the worst dressed will have to drink a pint of Saffron beer.”
“If you can push the fact they will be drinking saffron beer if they don’t dress up that would be great (mmwhahaha).”
Hopefully see some of you this evening.  Be afraid.
FOB(GM)

Come along and embarrass him further!

And the new GM is…

Some pics from the night:

You’ll notice that Something Fishy has a halo in all the images. According to him:

Yesterday evening, VB proclaimed that Something Fishy is the Evangeliser. On that note, the verse I was thinking of, VB, was Deuteronomy 7:7, ‘It was not because you were more in number than any other people that the LORD set his love on you, for you were the smallest of peoples.’ The discussion group I mentioned is happening on Tuesday evenings, for the next month or so. If you do go, please say ‘hi’ to Doug from me. He is very good at these things.
http://eden-cambridge.org/what-we-do/for-adults/explore-courses

Err.. Quite. In other news here was the trail. Not the official trail mind, this is the trail those of us who got lost took…

A hangover prevents me from saying too much about last night’s River Run. However, here is a map of the route:

A few words from the GM:

I am clearly not at my finest form today since I forgot to say THANK YOU to all the people who made yesterday possible. (I blame the fact that I drank more than some of the competitors AND I kept it down).
Thanks to the marshals for hanging out in the pubs and keeping track of the results. Some took it more seriously than others. Rather than providing me with a beer stained piece of paper with half of the numbers missing and replaced by obscene pictures, Brazilian and Wife Beater sent me their results as a PDF file (attached). Thank you. I will cherish it forever.
Thanks to all the helpers who ran with the competitors and made sure that they did not fall in the river.
Thanks to Josie and Vernon for providing medical support to those worse for wear.
Sometimes (but very rarely) you guys make me proud!
Hugs and kisses
Miss O

And also the results: 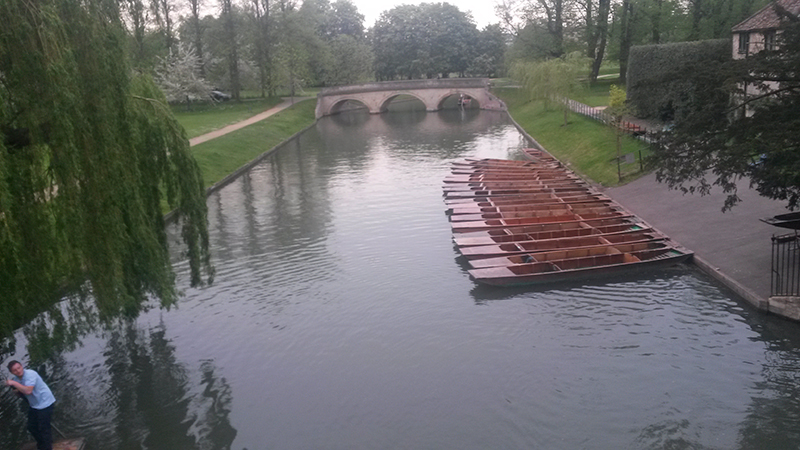 It’s the River Run today! This year we are running FROM the Rad TO the Blue Ball.
If you are not one of the 20 competitors or one of the 20 marshals, you should come down and help your fellow hashers to get around the trail (alternatively just come and point and laugh).
If you are taking part please get to the Rad by 6.45pm!
We are raising money for Camfed, so bring some extra cash to donate.