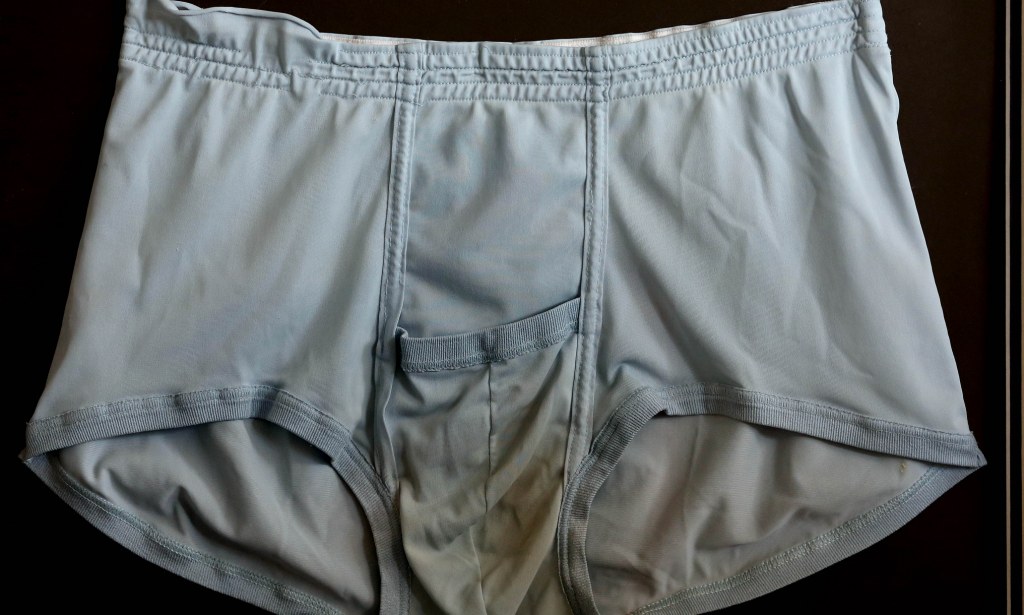 It’s time for the Underwear Hash! This Monday 23 May. From Perry:

Greetings hashlings!
Yes we’ve arrived back in that position in the solar system when Chris Russon left us to join the great hash in the sky, and to commemorate him you are invited, nay commanded to don your best kecks/skiddies/boulderholder ( or wife’s/girl/boyfriends) and externally display it/them proudly on the trail as we used in Chris’s day. (Cross underdressing encouraged!)
Beer, Prizes (for least amount of overwear) and crap jokes (original Russon material! ) will be distributed,
let’s see those split crotch panties (come on guys you know you want to!)
On On
‘Rong’ole